My son recently asked to invite his friends over for play dates and he indicated that one of his friends would like to come over to our house again for snow sledding like they did last year.  I have no idea how long our slope is.  I know that it is longer than 2 stories high.  I kept giving out wrong information to people.  Anyway, to set the record straight, I decided to ask my husband.  He said to me that the slope should be roughly 50 feet long (about 15 meters or 16.67 yards).  Okay, now you have it.  Our neighbor, two houses next to ours, has a slope of close to 70 feet long (about 21 meters or 23.33 yards).  My son’s school, within 5 minutes walking distance, has a slope close to 200 feet (about 6o meters or 66.67 yards).

We either go snow sledding on our slope or our neighbor’s.  Ours is more dangerous as it leads right into three big trees.  We have to carefully steer the sled to avoid it from having head-on collision with the trees.  However, it is more challenging to sled on our slope than our neighbor's as ours is steeper.  We have not tried snow sledding at my son’s school because the slope is too long and too steep for young kids like ours.

Recently, we bought a fancier sled (with the ability to stop) for my son.  So we now have three sleds, the recent purchased fancy sled, an inflated one-person snow tube and a two-to-three-people sled.  We had one and a half day of snow.  It has been extremely cold this week except yesterday when the temperature went up to almost 25 degrees Fahrenheit ( -3.9°C).  When I woke up Friday morning, it was five degrees Fahrenheit below zero ( -20.5 °C).  The snow was soft and powdery, very good for snow sledding but not good for building a snowman.  I had said earlier that if the weather cooperated, we would go snow sledding.    The snow has accumulated nicely to allow us to sled this morning.  When we went out sledding, it was around 18 degrees Fahrenheit ( -7.78 °C), not too cold to stay outside.  It is extremely dangerous to stay out in the sub zero temperatures (I mean in Fahrenheit) as you are likely to get frostbite.

Our kids had a blast snow sledding this morning.  They also got a lot of amusement watching their mom and dad performing stunts.  I had trouble maneuvering the snow tube as I kept heading to the tree midway and whenever I tried to steer away from it, the tube would turn 180 degrees.  So, I would always start with heading down the hill and end up with facing my house in the end.  My husband also had to jump out of the tube at one time to avoid hitting the tree.  The snow tube is the hardest to maneuver.

These are the pictures.  We had planned to go to the Jacuzzi afterwards but ran out of time.  Soaking in the Jacuzzi is such an enjoyment in a cold weather like this.  We used to do that quite frequently in the winter after we went ice skating.  You should give it a try. 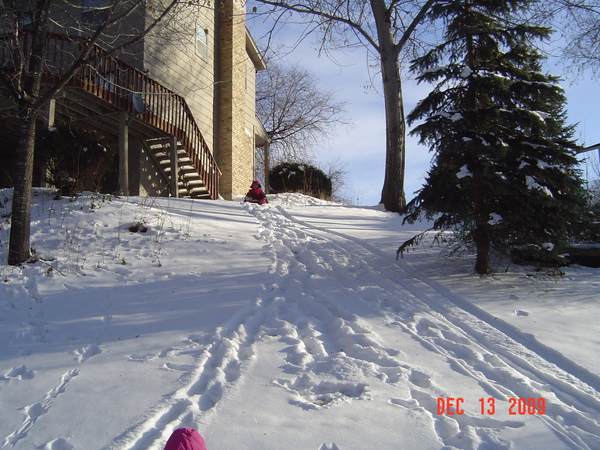 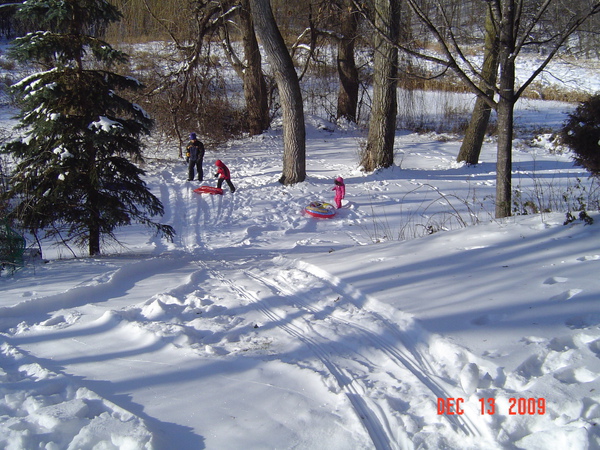 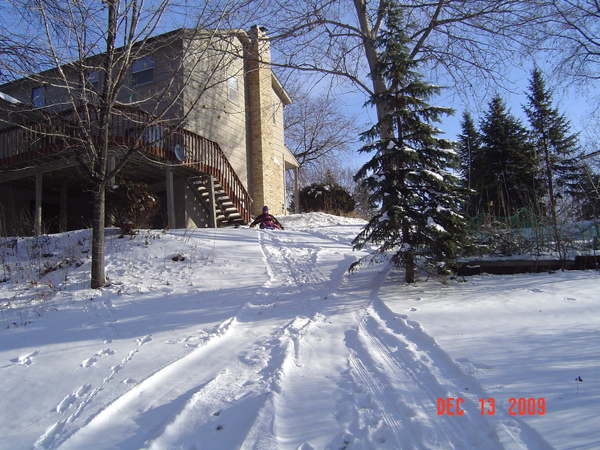 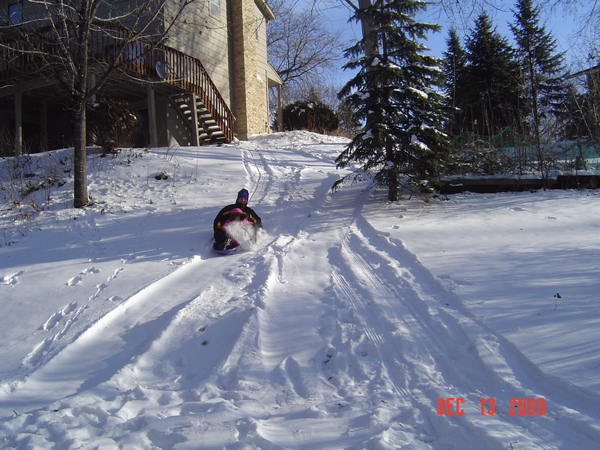 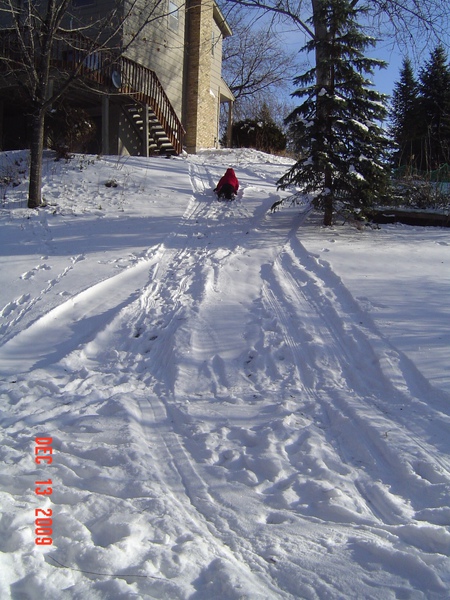 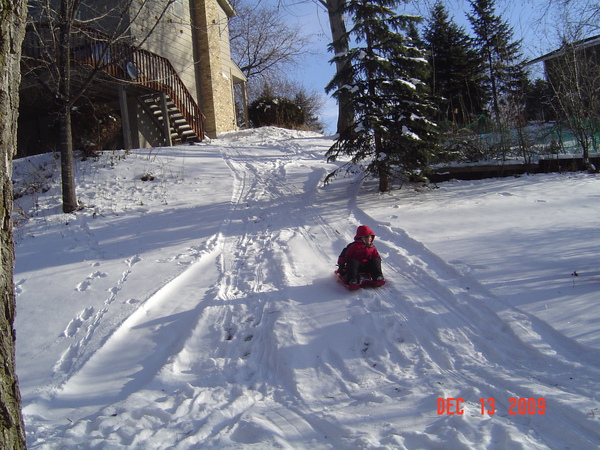 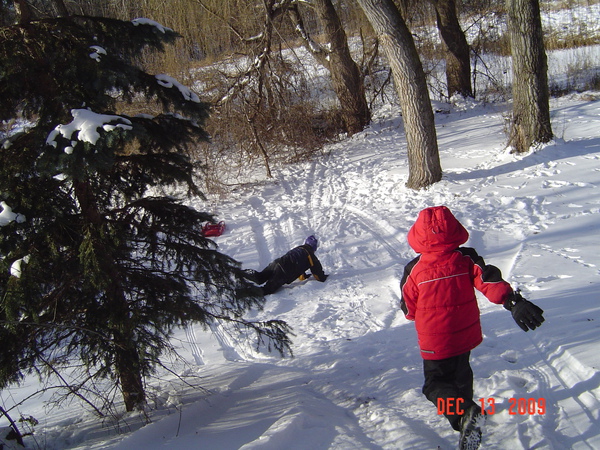 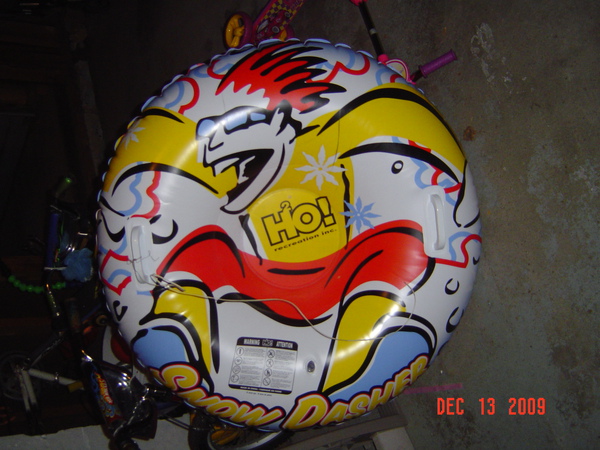 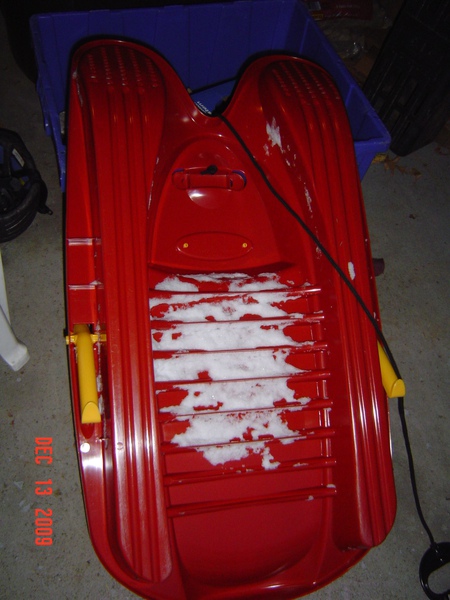 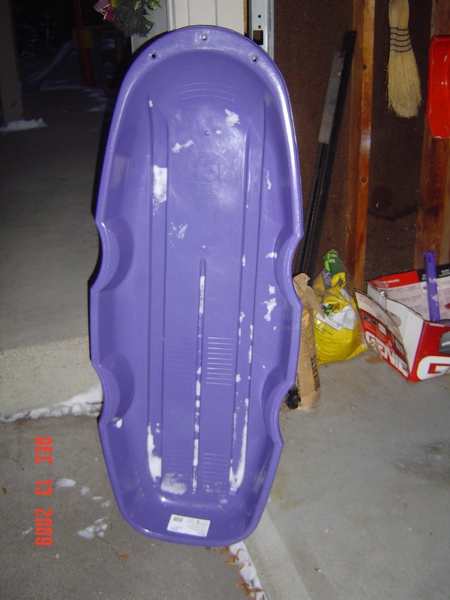