A tag question is a statement turned into a question, when asking for confirmation or disconfirmation of that statement. They can be an indicator of politeness, emphasis, or irony. They may suggest confidence or lack of confidence; they may be confrontational or tentative.  For more details, please see http://elisaenglish.pixnet.net/blog/post/639570

Here are some exercises.  Move the mouse next the answers to reveal the answers.  The trick is to find out the focus of the sentence.  What is the asker trying to confirm or validate?  Is it a sarcastic statement or a confrontational statement?  Is it a suggestion, an invitation or an order?

I have been wanting to write about my daughter, about her skillful manipulation.  This is it.     It is not perfect but I am brain dead at the moment.

A poem for my daughter – As cunning as a fox

I accidentally stumbled upon someone's site, which happens to be someone I encountered in the past.  Bad memories rushed to my mind.  Maybe I won't be bothered this time since I have stopped providing corrections to people's usage of English and suggestions on translation at Yahoo Knowledge.

However, I still feel the urge to write.

This is not a word-for-word translation, but rather an attempt to capture the essence of the original verse as much as possible in minimal wording.  My translation of this verse is based on my limited understanding of the Chinese language and the interpretation from the following sites.   http://edu.ocac.gov.tw/culture/chinese/culturechinese/vod12html/vod12_12.htm

Just for fun.  A short poem about love.

Lonely as I stand in the dead of the night, I must tell you my love for you is so true.

Lately, I have stumbled upon several articles in Taiwan arguing around the subject whether English grammar is important.  It is interesting to see so many people in Taiwan having so strong an opinion on this subject.  You really have to ask yourself what your purpose of learning English in Taiwan is.  You don't need to master English to survive in Taiwan.  It is just a foreign language.  I am picking up a little Spanish since my son is taking Spanish after school program.  My purpose would be to be able to understand some words or to pick up some words that the Mexicans are saying or to make learning Spanish more fun for my son.  To me, I do not intend to write in Spanish nor speak to Mexicans in Spanish, so grammar is not important to me nor is mastering Spanish my goal.   To me, learning a foreign language is just for fun.  So, ask yourself these questions. What is your purpose of learning a foreign language, in this case, English?  Who do you want to communicate with?  What means would you use to communicate with them?  Of course, anyone can speak English but how good do you want your English to be?  There is African American English but does Obama speak like that in public or write like that? By the way, please don’t assume that everyone will be able to understand Chinglish.  Even though I do understand Chinese, I have hard time understanding Chinglish.

Give me a break!  What a bullshit!  I know there is a reason that I don’t read UDN, a Chinese Communist backed newspaper, ever since I moved abroad.  You have the nerve to criticize Americans and spread anti-Americanism while the Americans are risking their lives saving the Haitians.  And KMT, or should I call you Chinese Communist now, you have really outdone yourself in sinking this low, succumbing to the Chinese Communist,  and posting that article on your party’s official website.  I am really speechless.  http://www.kmt.org.tw/english/page.aspx?type=article&mnum=112&anum=7518

I can’t believe that this would come from a Taiwanese.  The Taiwanese I know are polite and friendly.  The Taiwanese I know will pour over their hearts and souls to rescue the Haitians along side with the Americans.  The Taiwanese I know will not succumb to becoming the puppets of the Chinese Communist and spread anti-Americanism.  Americans are the people I know who are truly compassionate towards humanity.  They come to your rescue without any hidden agenda.  I attribute that to Christianity even though I am not a Christian and even though I believe more in Buddhism.  I know a lot of Americans who adopted children from the underdeveloped countries, not that they cannot have a child of their own, but that they want to rescue the children from a poor living environment and give them a better life.

Woodpeckers like drumming on surfaces that would resonate loudly.  Repetitive drumming or incessant rhythmic tapping is a way for them to proclaim breeding territory or social significance.  Every morning around 6am, we will be awaked by woodpecker’s drumming on our siding.  It is rather annoying especially on weekends when we finally have the luxury to sleep in.  Since woodpeckers in Minnesota are protected by the Federal Migratory Bird Treaty Act and can only be controlled with a Federal depredation permit, there is really not much we can do about it.  These woodpeckers have been living with us since we moved in.   I bet that they have built a huge nest inside the wall of our house.

Anyway, since there is nothing we can do about it and I have nothing to do at the moment, it wouldn’t hurt to write a poem for kids.

There seems to be a conspiracy going on in my household.  My son told me the other day that he was going to die.  The next morning his sister told me exactly the same thing.  My daughter seemed to say it out of no reason, just to mimic her brother.  As for my son, I was initially saddened by his words, wondering what could have happened and driven him to say such a thing.  When I learned of the reason, I had to maintain my cool.  It was hard to hold my laugh.  I wanted to be a sensitive mom but sometimes it is hard to take them seriously.  Yesterday, my son told me he had a bad day and cried when I picked him up from school.  Maybe he is growing up and becomes more sentimental.  I am such a lousy mom, clueless of what’s going on.

A short poem for my son – Life is full of joy

This is another short poem I just thought of.  I hope that you (and/or your kids) like it.  This was something my son asked me a few days ago.  I thought it was interesting.

I have not written anything for kids before.  I thought that it would be fun to write a short poem for little kids.  This is what I can squeeze out of my brain in five minutes before I head back home.  It is not well written.  Just for your amusement.

Where should I start?  What can I say about the book?  Do I like it?  It is hard to say.  I don’t like the ending.  In reality, I hate it.  It is not what I would have expected.   I don’t like the Mom.  Maybe desperate time needs desperate measures.  Still, it is hard for me to imagine that a mom could be like that, pouring all her love towards one sick child, oblivious of another child’s predicament and sacrificing and putting one child at risk for the sake of another one.  Her total devotion to the leukemic child, Kate, leads to the neglect of her other children.  Her son, Jesse, takes drugs and becomes a pyromaniac because of feeling hopeless and worthless.  Her daughter, Anna, born to serve as a walking donor for the sole purpose of extending her sister’s life, holds certain resentment for being a donor as she undergoes invasive medical interventions.  She has nightmares about her being cut into so many pieces that there isn’t enough of her to be put back together.   I really feel for her.  I despise the concept of conceiving a child just to keep the leukemic sibling alive.    How can one bring a child to life only to let her/him suffer and expose her/him to dangers so as to save another child?  What right do we, as parents, have?  Is it justifiable for the Mom to fight for her leukemic child at whatever cost it takes, even if it means to infringe upon the rights of another?  Where is the boundary? Where is the fine line between legality and morality?

My Sister's Keeper, written by Jodi Picoult, is captivating, and full of drama, dilemma and controversy.  It is poignant, sad, and heart wrenching.  It tells a story about the Fitzgeralds, a family in turmoil, from the different viewpoints by the different characters.  It examines the emotions of each character and his/her reactions encountering the situations.  It is not easy not to become entwined in the tumultuous lives of this family.  The story is fast pace and intriguing.  Would I recommend it?  I really don’t know.

I am at my wit’s end.  I am struggling to find words to write a book review of “The Book Thief”.  My brain just went blank after I finished reading the novel.  I don’t know what to say about the book.  Maybe I have too much relaxation from my vacation.  Oh well, you are excused if you find this review boring.

My review of THE BOOK THIEF by Markus Zusak

I am not really in a mood to write anything yet.  The vacation has come to an end and I have about four hours to sleep before heading to work.  Anyway, I thought that you might be interested in seeing the pictures I took this year.  Yes, I have already taken quite a few pictures in year 2010, using my new camera.  I have nagged my husband for it for years and he finally gave in for the reason that I need to have an ultra compact thin camera, fit in a purse, not to miss out any photo shooting opportunity.  The camera is a Sony W230 with 12.0 mega pixle and 3.0 LCD dispaly (compared to the one we bought in 2002, which is 3.2 mega pixle with a 1.5 or 2.0 LCD display).  I can't really tell the difference.  The only difference I see is that the file size is larger as well as the LCD display.  I do like that the LCD display is larger.  My husband seems to notice that I am able to hold the camera straighter.  He used to complain that the photos I shot always looked tilted.  A flaw I see is the sensitivity of the buttons.  I would always accidentally press the button and shot the pictures unintentionally.  As a result, more deleted pictures.

By the way, since the image size is larger, it may take longer to load the pictures.  Please let me know how it feels.  Maybe I can try to resize them when I have time and learn the trick. 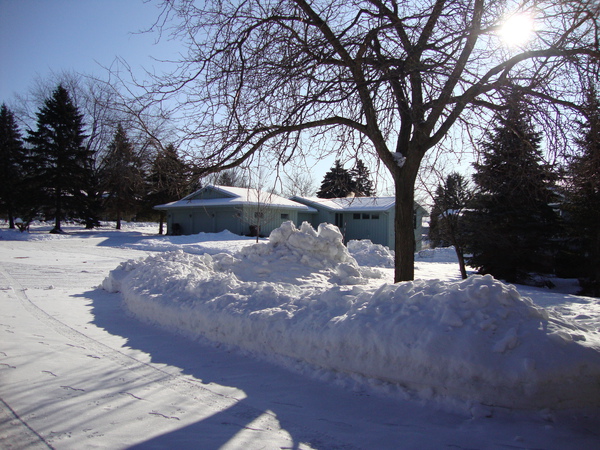 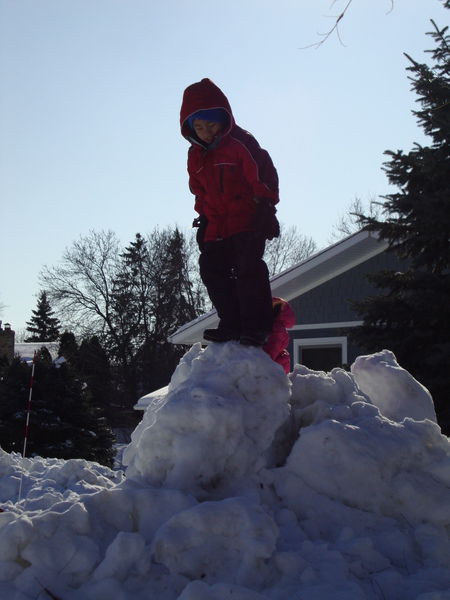 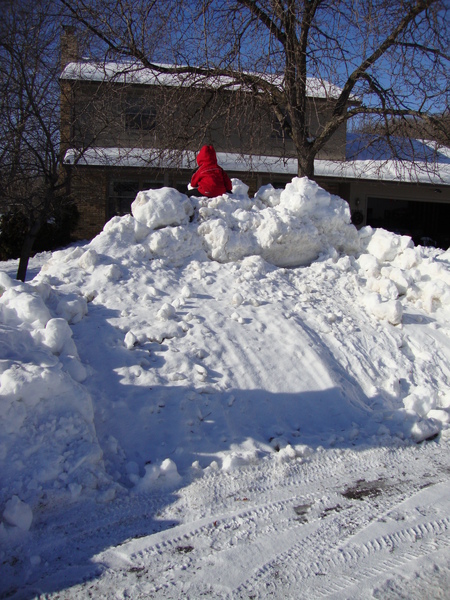 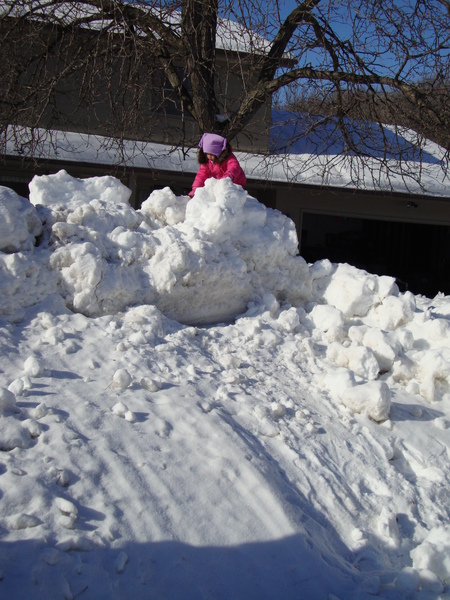 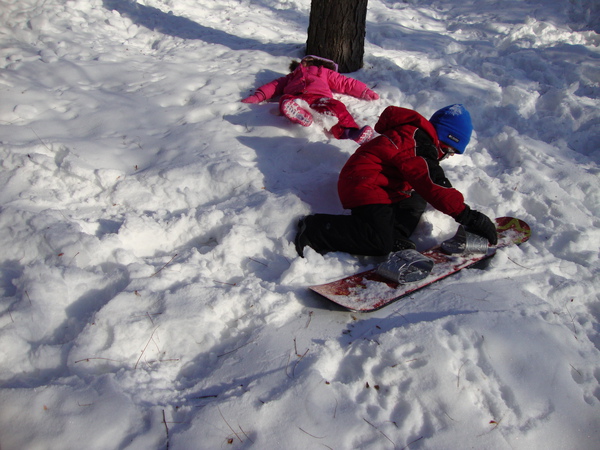 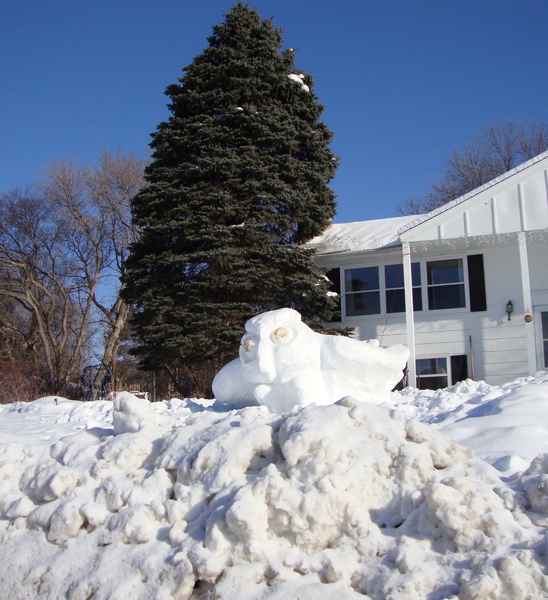